I made a small app to generate Markdown tables. 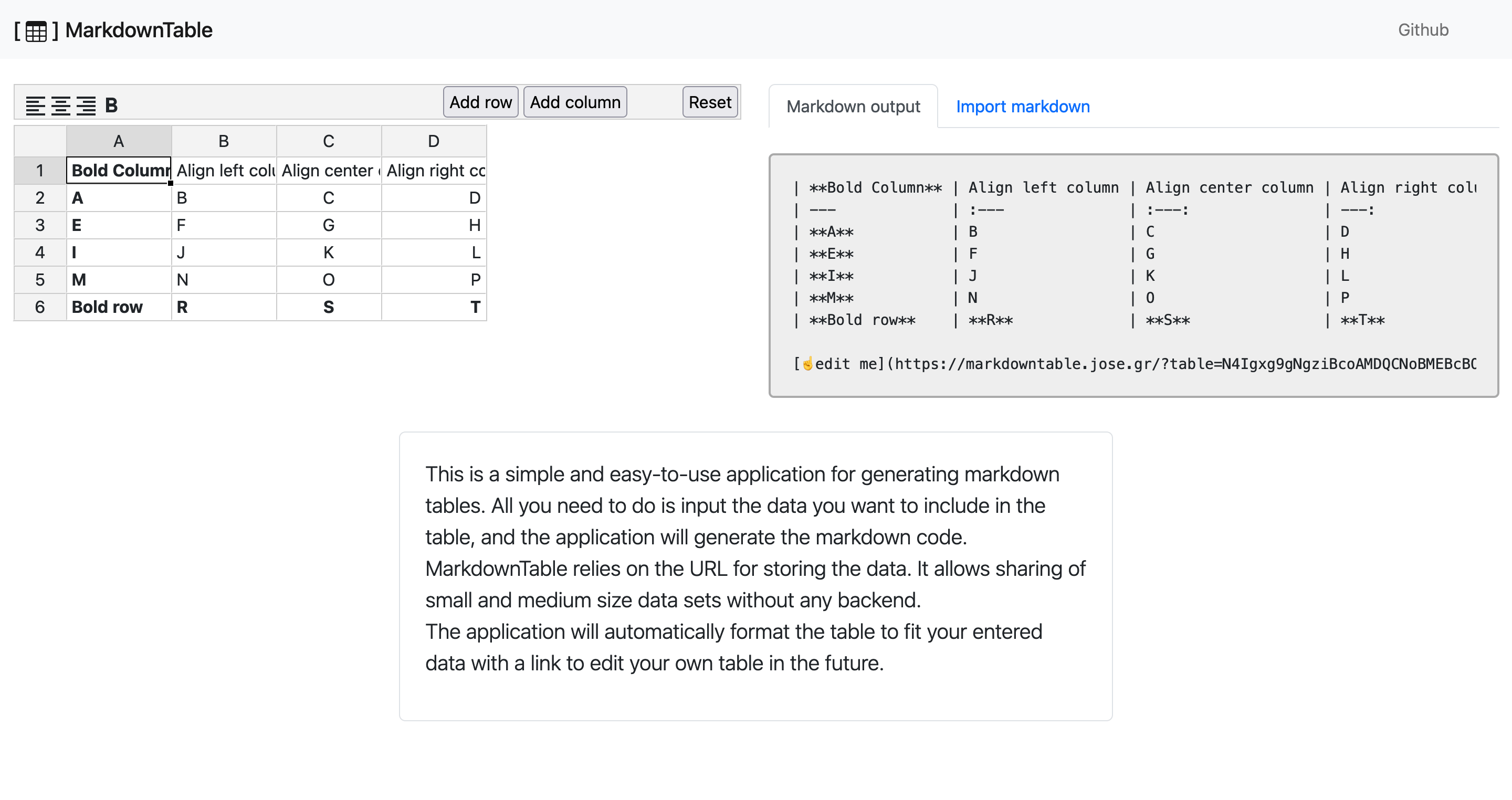 There are many other alternatives on the internet, but MarkdownTable includes in the generated Markdown code a link to edit it self.

The app stores the state in the URL. It allows generating a link to the own table without storing anything on the server.

There is no official max length for the URL, but some maximums depend on the client and server combination. More about maximum URL length.

MarkdownTable relies on lz-string to squeeze the data. It allows more data storage and shorter links without server-side intervention.

The app allows copying and pasting directly from a spreadsheet or CSV, importing an existing markdown table and create a new table from scratch.

I did the app as an excuse to play around with Svelte. The experience was charming. Probably because the Svelte documentation is excellent.

There are thousands of examples of the Svelte Repl. The Svelte web doesn’t list them, but you can find them through Google (site:https://svelte.dev/repl).

The code is available on Github and open for issues and merge requests.